The landscape can shift dramatically from savannah to riverine marshlands to woodland depending on where you are in the forest. The land slopes from southeast to northwest and the forest is located at a medium altitude of 1,100 meters. Chimpanzees are a famous species in the Budongo Forest. Here, you can go chimpanzee trekking, and you’ll see about 80% of them.

The best times to visit are from June to September and the dry season, which runs from December to February. Temperatures stay the same throughout the year, ranging from 19 to 32 °C. The Budongo Forest Reserve is located just under a 4-hour drive from Kampala and is on the southern edge of Murchison Falls National Park. Masindi is the closest town to the forest, and most of the area around it is occupied by houses, schools, and markets. 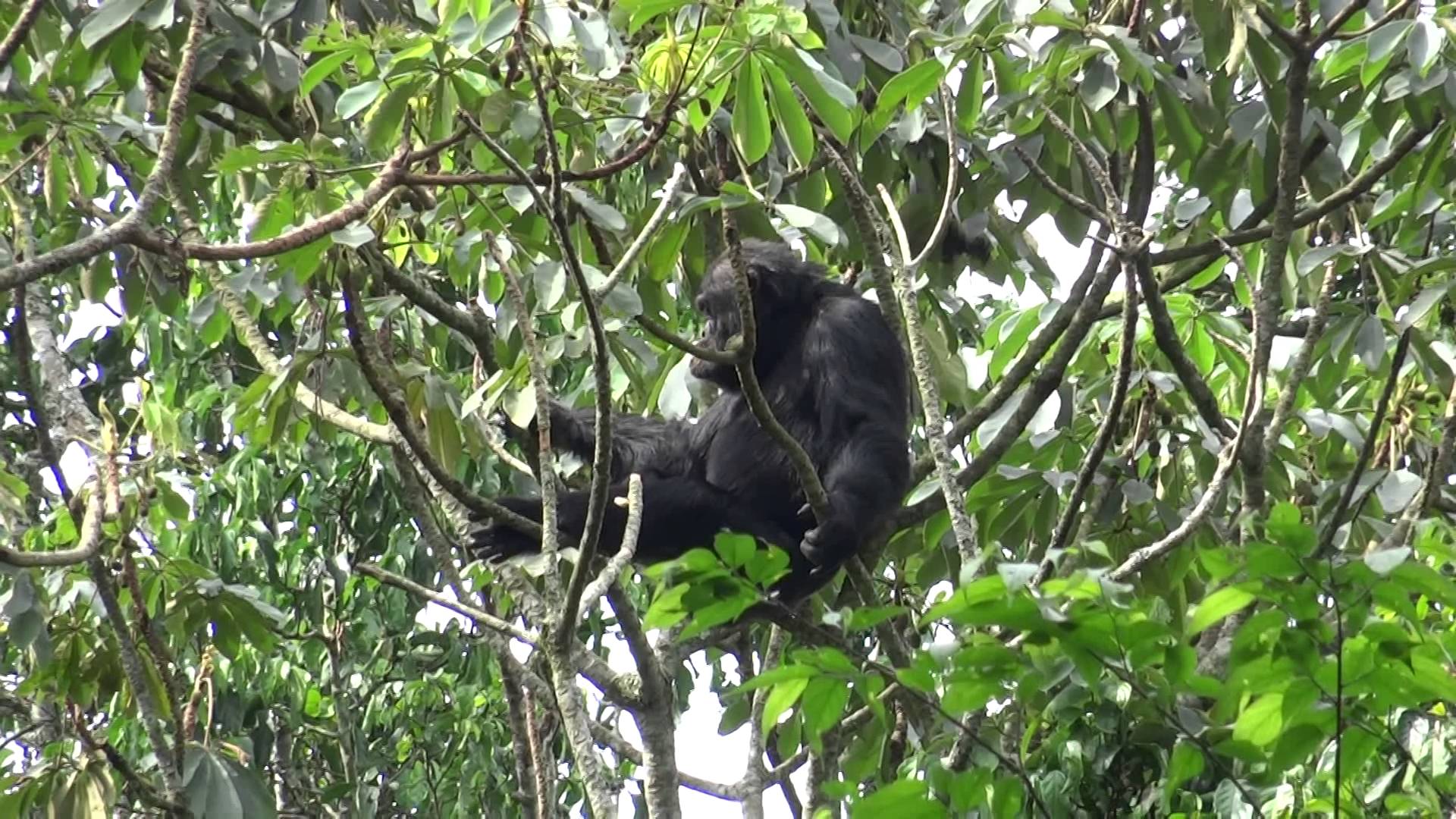 The background of Budongo Forest Reserve Vernon Reynolds, a researcher, made his first appearance in Budongo Forest Reserve in 1962 to conduct research on chimpanzees. Two nationwide civil wars broke out in the 1970s and 1980s. During this time, people murdered chimpanzee mothers so they could steal their offspring and transport them to the Entebbe airport. They were then smuggled out to wealthy individuals from there.

Reynolds was able to return to the forest in 1990 after raising funds. He established a base to locate chimpanzees and renamed the Budongo Forest Project the Budongo Conservation Field Station (BCFS) with Chris Bakuneeta’s assistance. The Jane Goodall Institute provided funding, assisting Reynolds in hiring trail cutters and field assistants to locate any remaining chimpanzees.

At least 50 were found by 1995, but the process of getting used to humans took a long time because they were naturally afraid of people. The number of chimpanzees has increased steadily since 2000, and in 2005, Edinburgh Zoo provided funding to BCFS. At the actual field stations, visitors, including travelers, are restricted to a very small number.

Is there anything I can do at Budongo Forest Reserve?

Kaniyo Pabidi Various chimpanzee groups can trek to Kaniyo Pabidi, which is on the northeast side of the Budongo Forest Reserve. The majority of the trees in the forest are swan-forest hybrids, and the primates eat a lot of the fruit. Savannah covers some of the forests. It is also characterized by ironwood and mahogany trees, which the monkeys and chimpanzees use for play. Murchison Falls is also home to chimpanzees.

Similar to Busingiro, you can trek to Busingiro to see chimpanzee families. The rift valley escarpment and Congo’s blue mountains are visible from this forest. An environmental education course is offered by the ecotourism site to local schools to educate them about their surroundings. The Boomu Women’s Group was founded in 1999 and has 40 members at the present time. When farms had little to sell, the group came together.

By providing an income to pay for their children’s school fees, they aimed to reduce poverty and malnutrition. It started out as a craft group and is now a fantastic community tourism project between Budongo and Murchison Falls. Participating in village walks, learning how to prepare traditional dishes, and learning how to weave baskets will give you a real taste of Ugandan culture during your visit.

Wildlife in the Budongo Forest

The forest has between 600 and 700 chimpanzees, the most in Uganda. Although the chimpanzees are the main attraction, buffalo and elephants occasionally appear in the savannah. The forest is home to leopards and lions, but they are rarely seen. Down by the water, antelopes, waterbucks, and duikers are much more common. Wildlife can be seen licking salt by the forest glades in the morning, making it the

Budongo Forest Reserve is home to more than 360 species of birds, perfect for birdwatchers. It is one of the most important places in Uganda to see birds because you might see a yellow-footed flycatcher, which is very rare, or an illadopsis puveli, a new species that hasn’t been seen anywhere else in East Africa. In the trees, you can also see red-tailed monkeys, olive baboons, blue monkeys, and black and white monkeys playing.

There are two African bandas for lodging at Budongo Forest Busingiro. Each banda can hold up to five guests. Because they are in the forest, you can sleep to the sound of the forest around you. In a similar vein, a campsite and cottages can be found at Kaniyo Pabidi.

You can stay in grass-thatched bandas that is surrounded by gardens, butterflies, and weaver birds at Boomu Women’s Group. The majority of visitors, on the other hand, opt to stay at one of the lodges in Murchison Falls because Budongo is typically only one component of a larger tour of the national park.