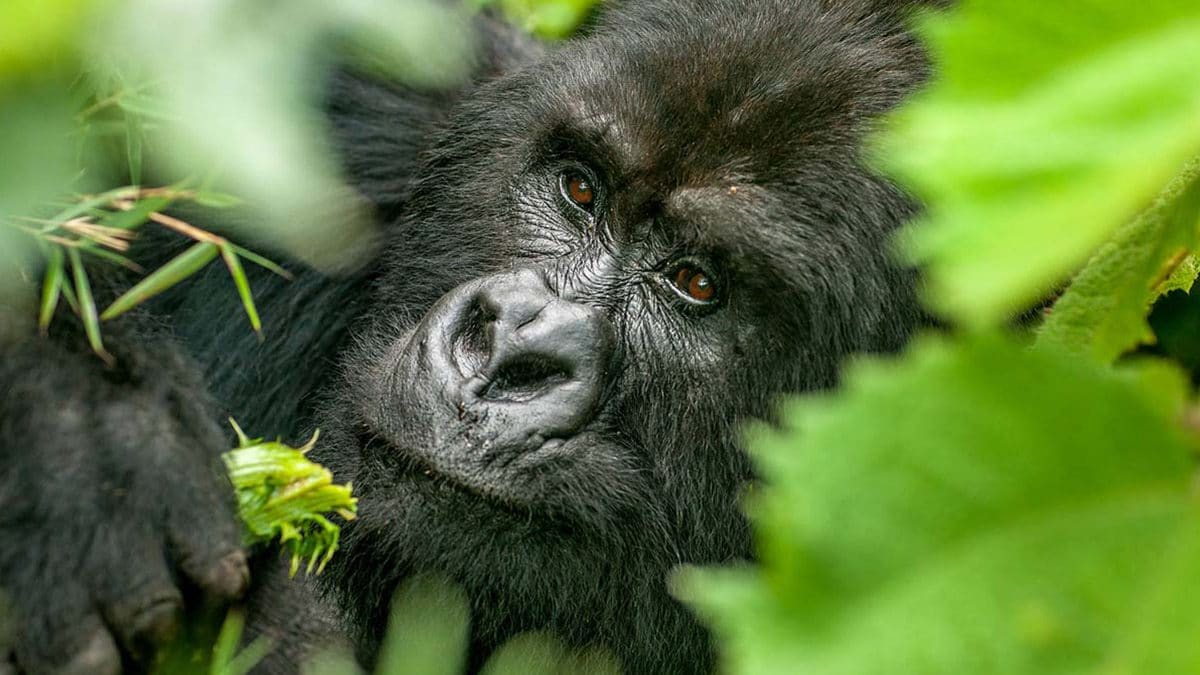 The question of whether any species except humans exhibits culture has generated much debate, partially due to the difficulty of providing conclusive evidence from observational studies in the wild.

A starting point for demonstrating the existence of a culture that has been used for many species including chimpanzees and orangutans is to show that there is geographic variation in the occurrence of particular behavioral traits inferred to be a result of social learning and not ecological or genetic influences.

Gorillas live in a wide variety of habitats across Africa and they exhibit flexibility in diet, behavior, and social structure. There was a strong positive correlation between behavioral dissimilarity and geographic distance among gorilla study sites.

Further research is needed to investigate if the occurrence of these traits is influenced by social learning. These findings emphasize the importance of investigating cultural traits in African apes and other species to shed light on the origin of human culture.

Here is to Gorilla Behavioral Traits

There are about a thousand mountain gorillas remaining on Earth, and about half live in the forests of the Virunga Mountains in central Africa. Mountain gorillas are a subspecies of eastern gorillas (Gorilla beringei).

A bigger number of these Gorillas have been exhibited Uganda in western Uganda in the highlands of Bwindi Impenetrable National park. As their name hints, they live in the mountains at elevations between 8,000 and 13,000 feet.

These gorillas live on the green, volcanic slopes of Rwanda, Uganda, and the Democratic Republic of Congo—areas that have seen much human violence from which the gorillas have not escaped unscathed.

The here number of these highland Gorillas in Uganda is located in the areas of Bwindi Impenetrable National Park, which is among the parks under the UNESCO watch. Habitat loss is a major threat: agriculture, illegal mining, and forest destruction for charcoal production have degraded their forests.

They often get caught in snares laid out to trap other animals for bushmeat. Climate change also poses a threat: While gorillas are adaptive, moving to higher elevations to adapt to warmer temperatures, those areas are densely populated with little forest remaining.

Catching illnesses from humans is also a threat. The majority of mountain gorillas are habituated to human presence because of the tourism industry, and while there are strict sanitation protocols in place and touching the gorillas is prohibited, the disease could spread quickly.

To stay warm in the mountains, mountain gorillas have longer hair than their eastern lowland cousins, the Grauer’s gorillas (Gorilla beringei graueri). They also tend to be a bit larger than other gorillas and have shorter arms.

Gorillas can climb trees but are usually found on the ground in communities of up to 30 individuals. These troops are organized according to fascinating social structures.

Troops are led by one dominant, older adult male, often called a silverback because of the swath of silver hair that adorns his otherwise dark fur. Troops also include several other young males, some females, and their offspring.

The leader organizes troop activities like eating, nesting in leaves, and moving about in a home range of 0.75-to 16 square miles.

Those who challenge this alpha male are apt to be cowed by impressive shows of physical power.

He may stand upright, throw things, make aggressive charges, and pound his huge chest while barking out powerful hoots or unleashing a frightening roar.

Despite these displays and the animals’ obvious physical power, gorillas are generally calm and nonaggressive unless they are disturbed.

Female gorillas give birth to one infant after a pregnancy of nearly nine months. Unlike their powerful parents, newborns are tiny—weighing four pounds—and able only to cling to their mothers’ fur.

These infants ride on their mothers’ backs from the age of four months through the first two or three years of their lives.

Young gorillas, from three to six years old, remind human observers of children. Much of their day is spent in play, climbing trees, chasing one another, and swinging from branches.

In captivity, gorillas have displayed significant intelligence and have even learned simple human sign language. 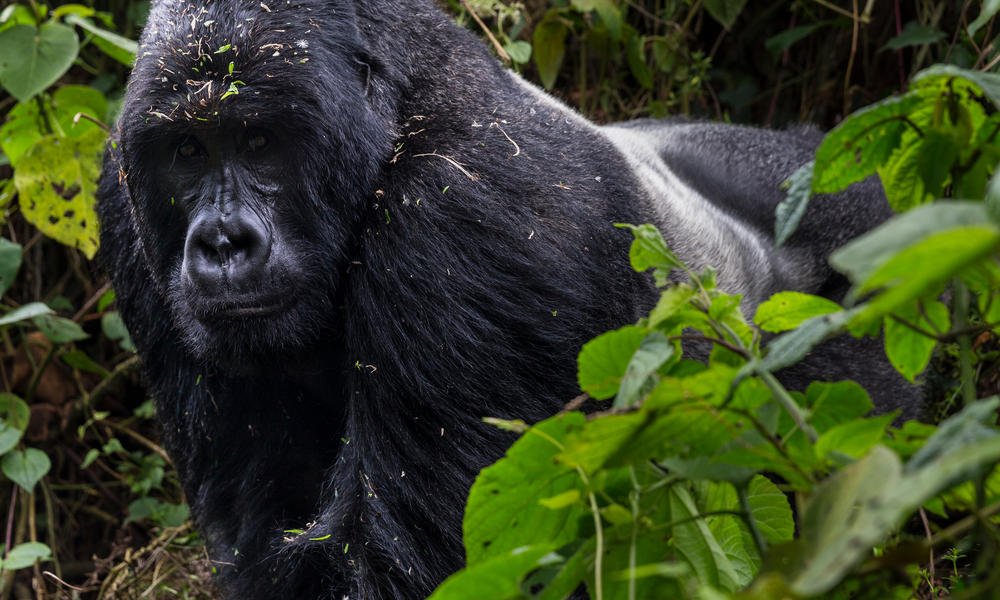 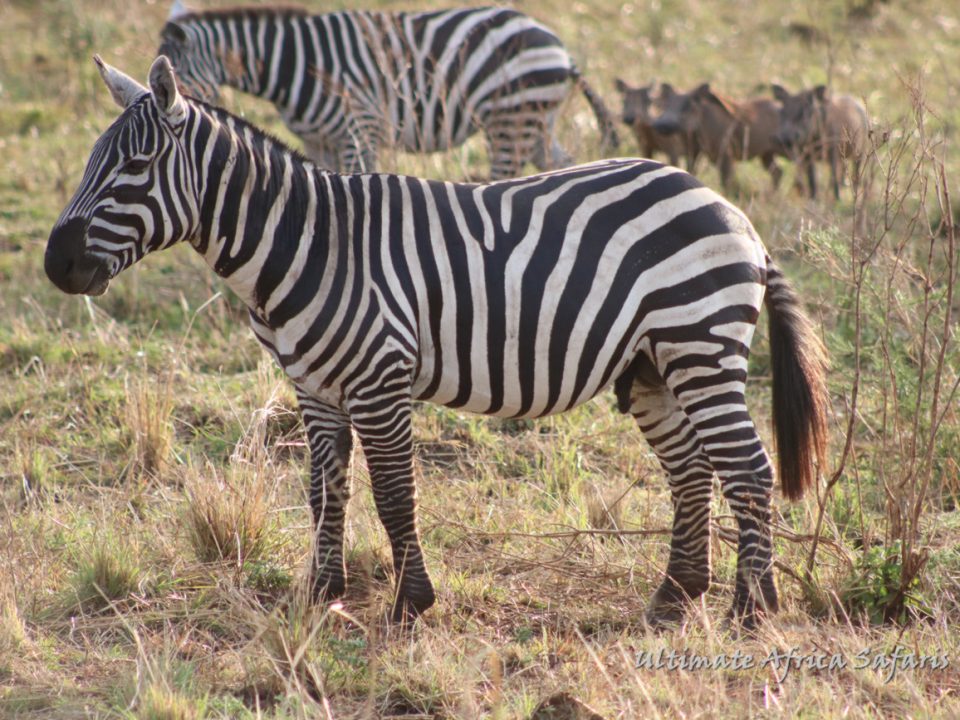 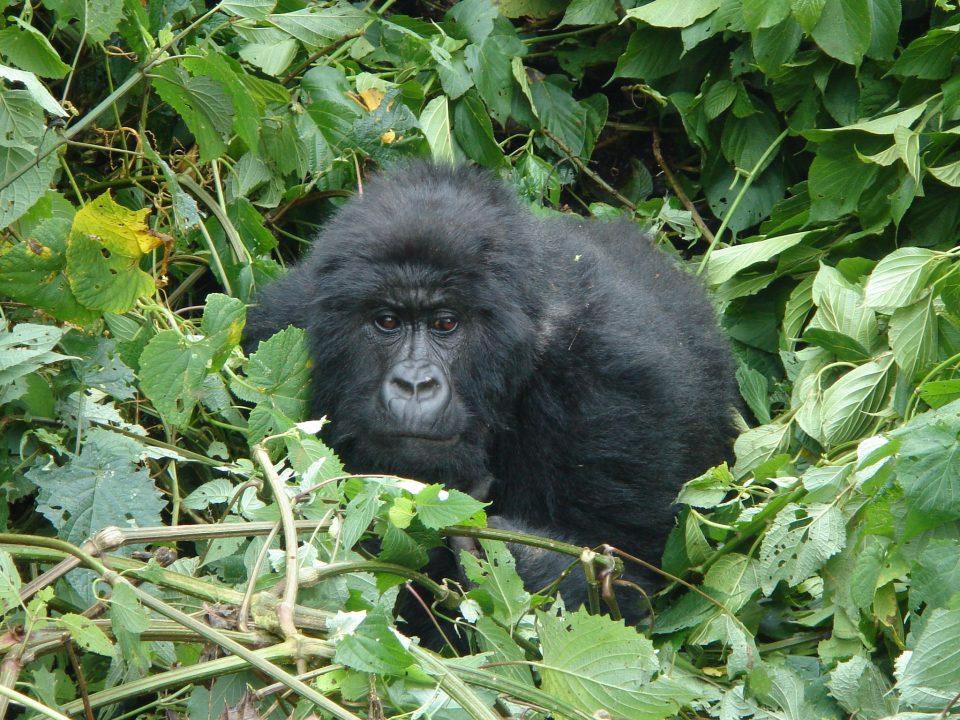 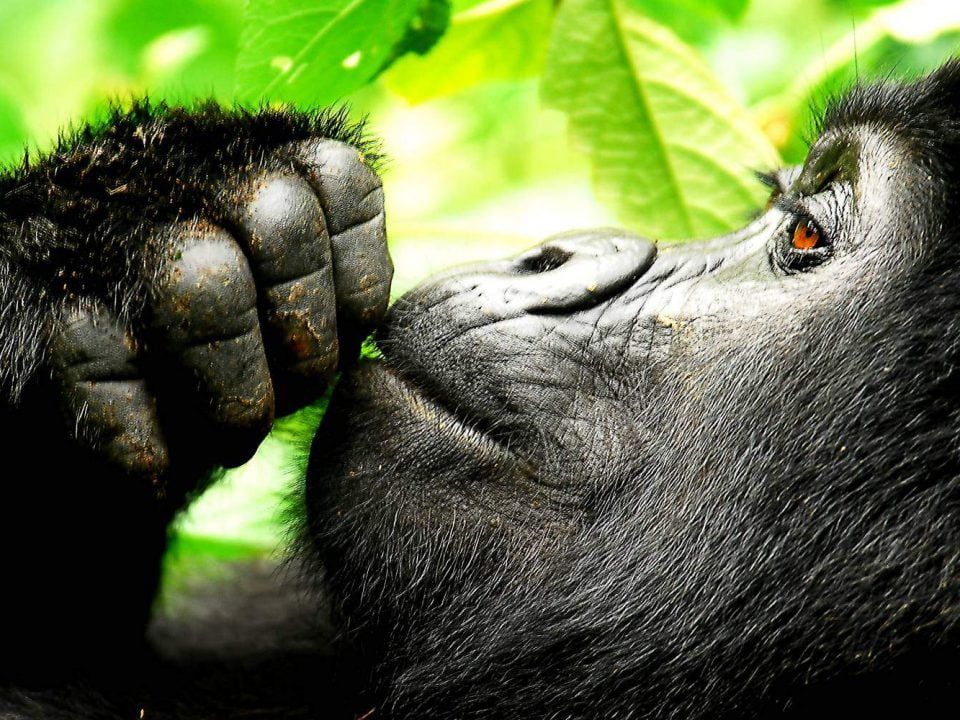