Serengeti National Park is a classic Tanzanian safari destination and the most popular and visited Tanzanian safari destination, famous for its annual wildebeest migration. A UNESCO World Heritage Site, the Serengeti Park is listed as one of the world’s undeniably unique wildlife viewing destinations. Serengeti Park is located in the north-western region of Tanzania, bordered by the Kenyan border to the north, Maasai Mara National Reserve in Kenya, Serengeti National Park to the southeast, Ngorongoro Reserve to the southwest, and the Masai Mara National Reserve.

Southwest to Swah Game Reserve, Gumet Game Reserve west of Ikorongo, and Loliondo Game Reserve to the east. All these areas, adjacent to the Serengeti National Park, form the largest Serengeti ecosystem, one of the oldest on Earth. Serengeti Park covers 14,763 square kilometers and consists of rolling grasslands, savannas, riverine forests, and forests, and the plains of the park make it a great destination during a Tanzania safari. 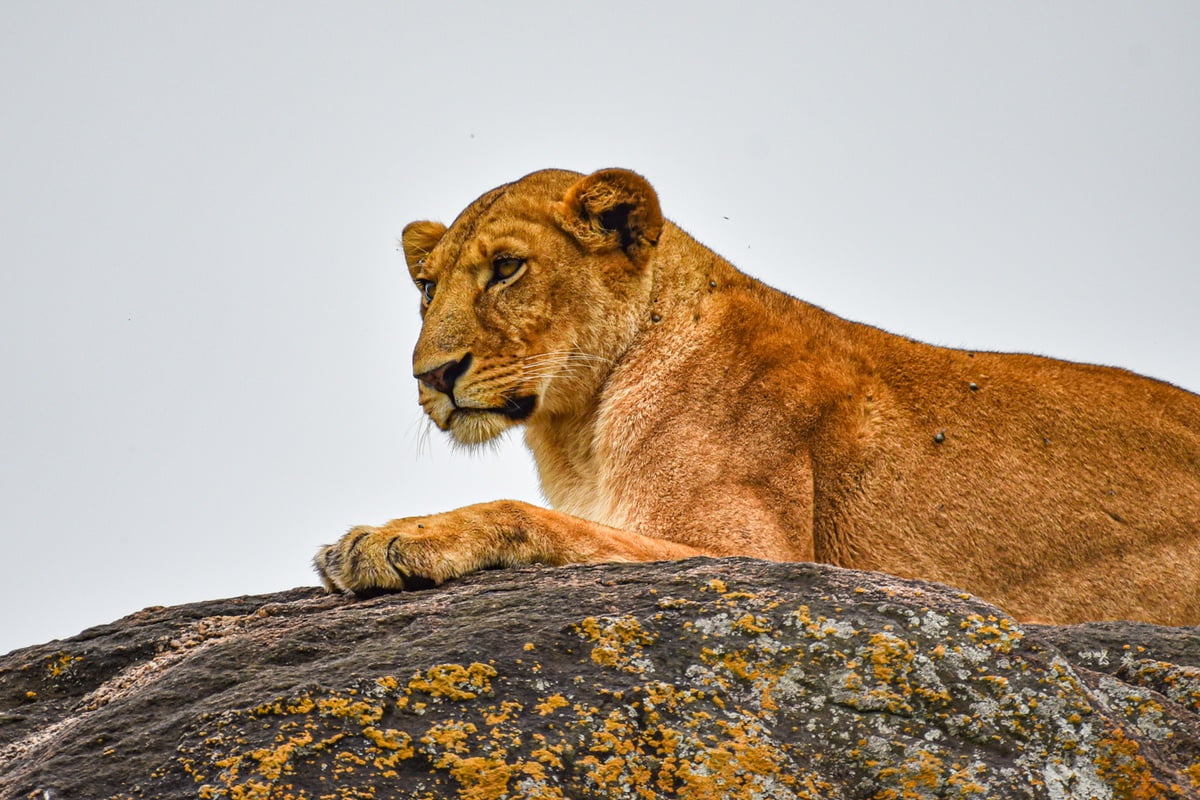 Serengeti National Park is world famous for the annual wildebeest migration of over 1.5 million wildebeest, tens of thousands of zebras and gazelles from the plains of Serengeti National Park to the Maasai Mara National Reserve area and back, migrating in search of greener pastures and water. The annual Great Wildebeest Migration is the largest animal migration on Earth, and as it moves, waves of zebras arrive first, followed by wildebeest and others.

The area now known as the Serengeti is grazing land for Maasai cattle, particularly in the eastern Mara region, which is home to a wealth of native wildlife. It became a hunting area in 1913 due to the abundance of animals, and some of the first professional hunters to enter the area included Stuart Edward White, who documented his expeditions into the northern Serengeti in 1913. More than 50 lions were hunted during their stay in the Serengeti.

Recorded during the hunts of Stuart and his companions, lion hunting became rare, prompting the British colonial government to establish a 2-mile (3.2 km) long game reserve. A full reserve was established in 1929, which was a prerequisite for the creation of the Serengeti in 1951. After the area was declared a national park, the Maasai were peacefully driven out of the area and settled in the Ngorongoro Reserve, a matter that remains in question to this day. 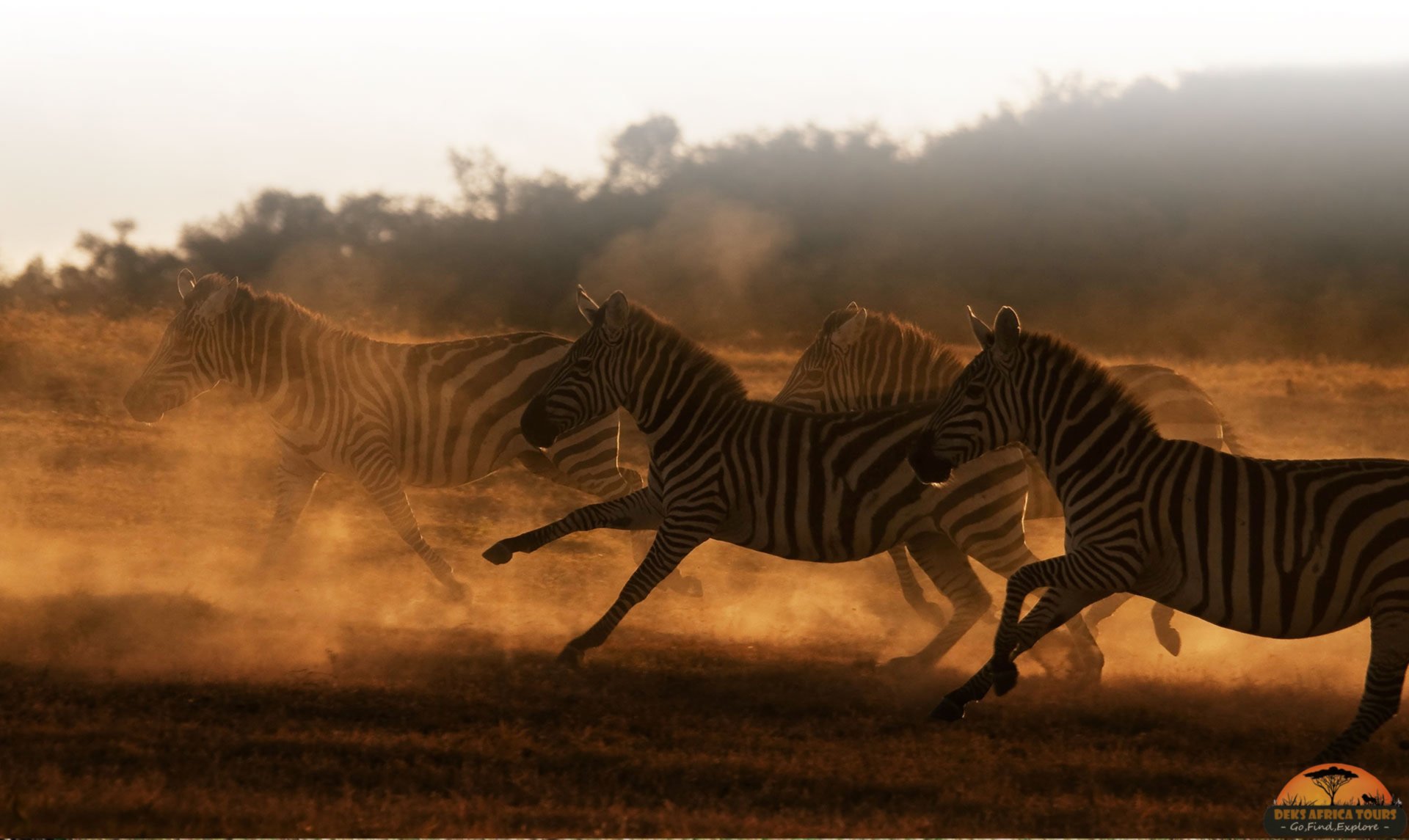 The Serengeti National Park is the most popular and valuable place in Tanzania for wildlife safaris, tours offer the opportunity to explore the four main areas of the Serengeti, namely Seronera, South, Gru Maddy, and the Western Corridor. The game drives at this park offer morning, afternoon, all day, and night game drives. Overall, the Serengeti wildlife safari offers you the opportunity to spot a variety of wildlife that inhabit the Serengeti, such as lions, zebras, leopards, cheetahs, buffaloes, waterbucks, warthogs, kola antelopes, giraffes, hippopotamus, common oryx, pika, pika. , bat-eared fox, painted pangolin, warthog, etc.

Listed as one of the best birding spots in Tanzania, the Serengeti is a birdwatcher’s paradise with over 500 species of birds, making the park a must-see in Tanzania. Bird watching is one of the exciting Tanzanian safari activities that Serengeti National Park offers, allowing you to see a variety of birds including shorebirds, songbirds, and migratory birds from the European and North African regions.

The bird-watching experience starts early in the morning and can last all day if possible. Some of the birds you should see on your Tanzania Bird Tour in Serengeti National Park are Masai Ostriches, Secretary Birds, Cory Bustards, Southern Ground Hornbill, and Crown. crane, black-headed gonolek, marabou stork, yellow-bellied stork, lesser flamingo, black crane, gray thrush, Hartlaub’s turaco, battle eagle, petrel, woodpecker, etc. Bird watching in Serengeti National Park can be done all year round, but the best time is from November to April, which is the breeding season for most of the park’s birds, with migratory birds from Europe and Africa arriving at the park.

A very exciting and romantic way to explore the beautiful and picturesque endless plains of Serengeti National Park. A hot air balloon ride is a must-do activity on your Tanzania wildlife tour. A hot air balloon ride provides a bird’s-eye view of the park and its many attractions, such as wildlife and beautiful scenery, watching wildebeest roam, and providing great photo opportunities. Serengeti National Park Hot Air Balloon Tour departs from 3 locations in Central Serengeti, South Serengeti Plains, and West Serengeti, starting as early as wait until the balloon is inflated and ready for launch before returning at 09:30. Each balloon can carry up to 16 people per flight.

Trekking is an exciting activity during a Serengeti trip to Tanzania, Serengeti trekking in Tanzania is done on foot and is led by an armed and experienced conservation guide. Trekking offers close interaction with nature in the endless plains of Serengeti National Park and you can enjoy the view of animals like lions, elephants, buffaloes, Nile crocodiles, and birds especially the river around Grumeti as you walk through the park.

The Serengeti Cultural Tour allows you to visit the charming Maasai areas and get an insight into the Maasai way of life. The Maasai are semi-nomadic people distributed in regions of Kenya and Tanzania. During the cultural tour of the Maasai community in Tanzania, you will experience beautiful Maasai houses/villages consisting of round thatched huts locally known as bomas. Learn more about Maasai customs, rituals, and traditions, get involved in raising livestock, milking cows and goats, and buying beautiful and unique handicrafts made using traditional methods. 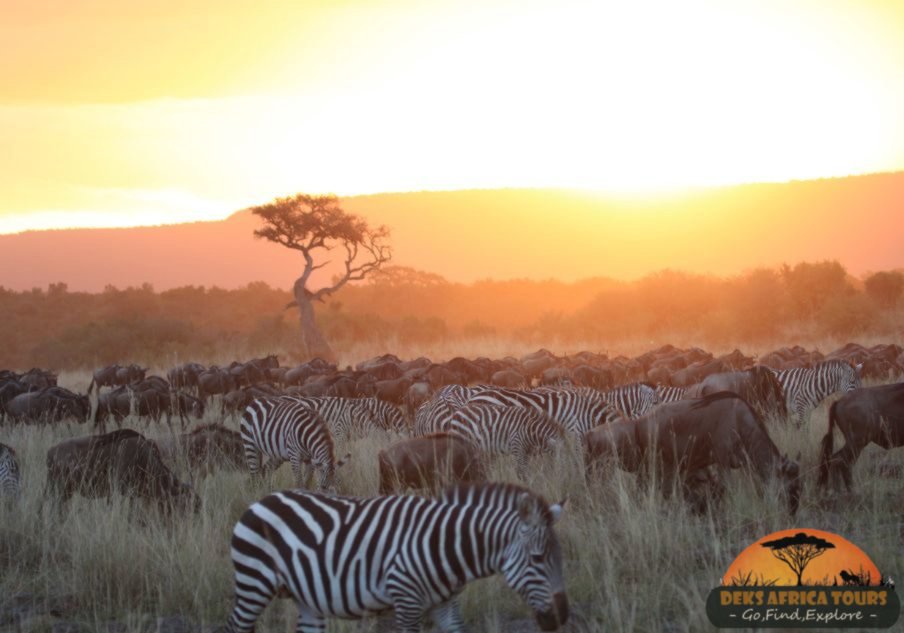 How to get to Serengeti National Park

Located in the remote northern corner of Tanzania, the Serengeti is a well-known Tanzanian safari destination and the park is easily and conveniently accessible from Arusha by road or air, depending on the visitor’s preference.

Serengeti is about 8 hours drive from Arusha and you can use private or public transport. Serengeti National Park has four main entrances and exits namely Naabi Hill Gate, Ndabaka Gate, Klein Gate, and Bologonya Gate.