One of the best Kenyan safari destinations in Kenya, Amboseli National Park is located in the Loitoktok district of the Great Rift Valley region, 240 kilometers southeast of Kenya’s capital, Nairobi. Amboseli National Park is Kenya’s premier game destination, named after the local slang “Amboseli” meaning “salt dust”, the park is also known as the “Land of Giants” due to its abundance of impressively large animals. The tusk statue roams freely in the park’s savannah. Amboseli sits atop the snow-capped peak of Africa’s highest independent mountain, Kilimanjaro, 589 meters above sea level, and the mountain’s snow as it melts contributes to the puddles and slush found in the park.

Covering 392 square kilometers, Amboseli National Park has a unique ecosystem that combines unique hydrology, topography, geology, and cultural history. Amboseli includes 5 different habitats which are open plains, acacia forests, thorn bushes, and palms covering the rock formations, swamps, and marshes around Lake Amboseli. Lake Amboseli is a Pleistocene Lake basin, a temporary natural lake that floods during the rainy season when there is heavy rain in the park. 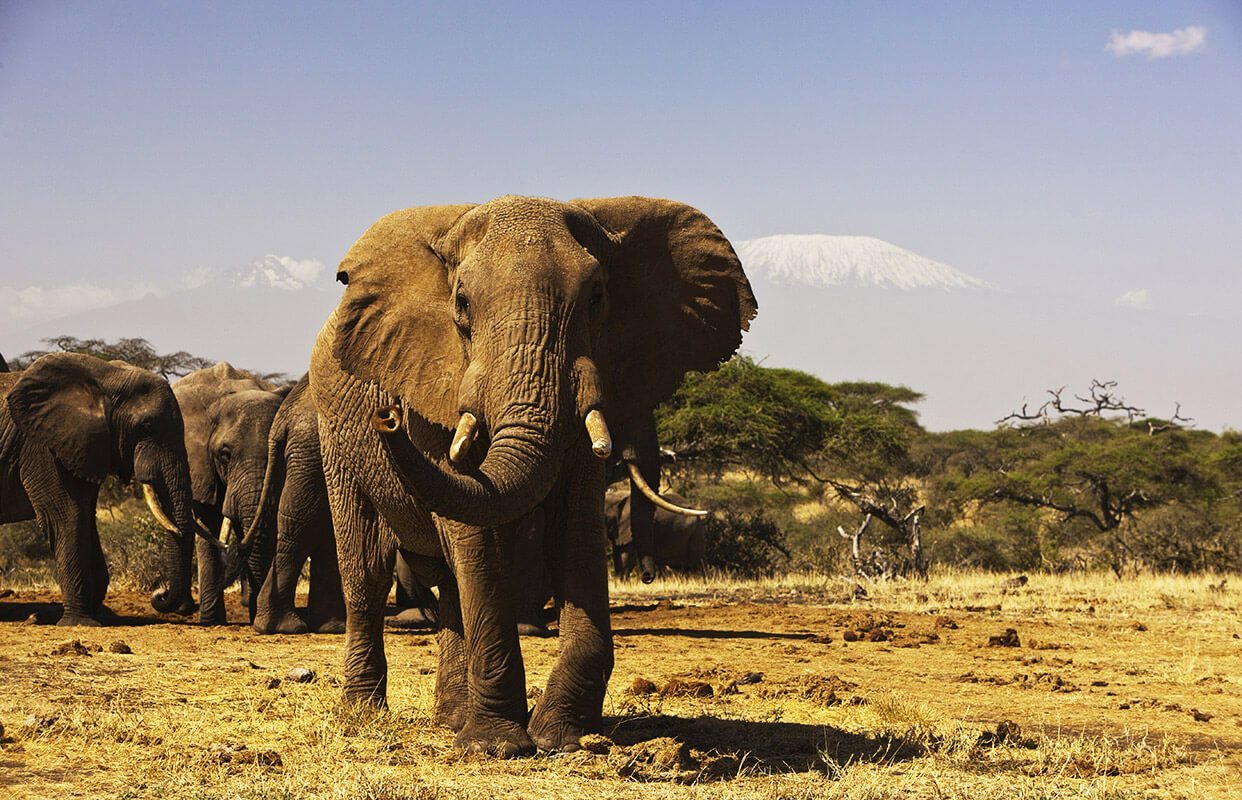 It is home to countless safari attractions, including wildlife and bird species, and Amboseli National Park is a popular destination for wildlife tours in Kenya, providing an excellent wildlife excursion. Animals in Amboseli National Park include large elephants, buffaloes, lions, cheetahs, spotted hyenas, zebras, wildebeests, grandams and Thomson’s gazelles, impalas, hippos, and others.

Amboseli is known for offering excellent wildlife viewing tours and is listed as one of the best wildlife safari destinations in Kenya, Africa. Amboseli National Park is home to a large population of muddy water elephants with hippos. The animals in the park can be seen on morning and afternoon game drives and during these adventures, you can admire many animals such as lions, cheetahs, giraffes, wildebeest, zebras, spotted hyenas, antelopes, and many more.

On a game viewing tour from Amboseli, you can enjoy spectacular African sunrises and sunsets in the landscape of Amboseli. 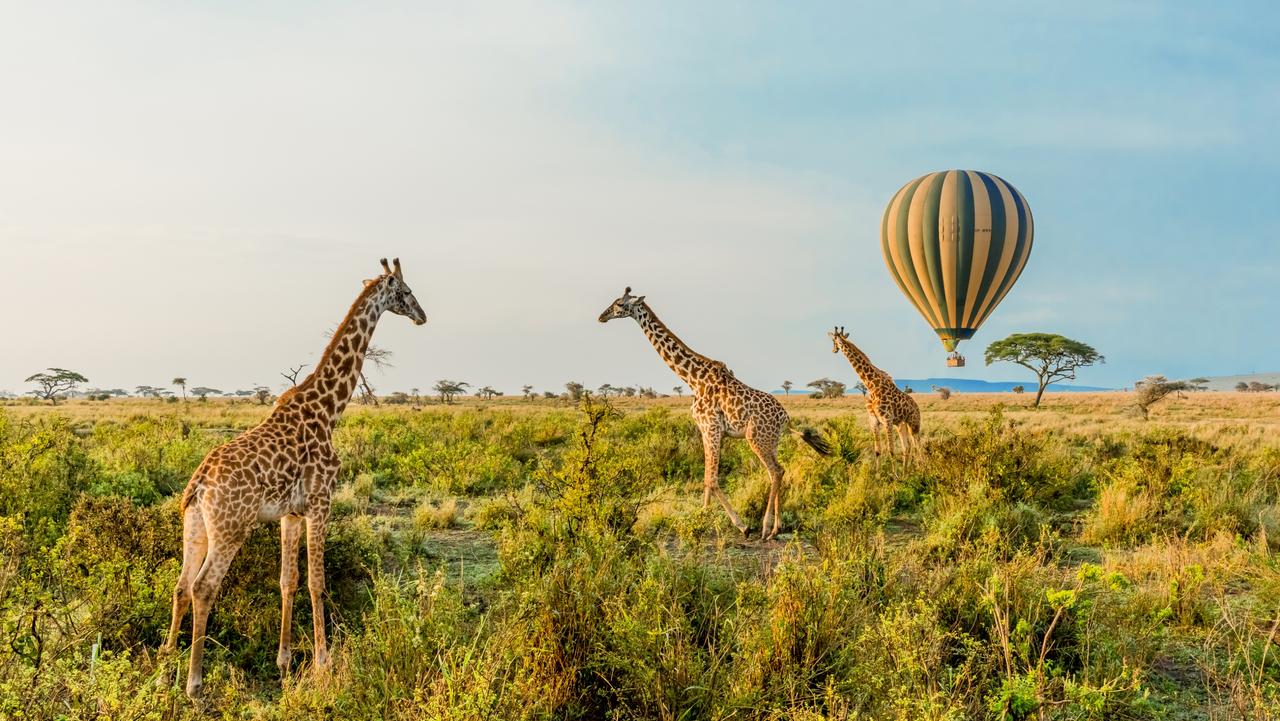 A hot air balloon ride is a must-see on your Kenya safari tour in Amboseli. A hot air balloon safari is an exciting safari with an aerial view of Amboseli National Park the balloon experience starts as early as 06.00, then enjoy a spectacular sunrise. On a hot air balloon ride, you’ll see herds of elephants, wildebeest, zebras, giraffes, lions, leopards, and the snow-capped peaks of Mount Kilimanjaro.

Cultural Encounters at Amboseli is a fantastic Kenyan cultural safari that takes you to a cultural encounter in the Maasai community that borders the park. These tours are organized and guided by rangers who are familiar with the Maasai and their culture. Cultural encounters provide an opportunity to learn more about Maasai culture, norms, and traditions, including cattle breeding, cultural dance, and drama, interact with elders and visit Maasai boma, school, and market centers.

How to get to Amboseli National Park

Located 240 kilometers southeast of Kenya’s capital, Nairobi, the park is a tourist hub and can be accessed by both road and air.

Road: Amboseli is on the main Nairobi Road, via Namanga to Meshanani Gate, which is about a 4-hour drive, and another route to the park is via Nairobi, 228 km from Mombasa Road, Nairobi. When using road transport to get to Amboseli National Park, the best form of transport is a 4×4 vehicle.

By Air: Amboseli National Park can be accessed by light craft at Empusel Gate, other options include Buffalo Lodge Kilimanjaro and another airfield in Namanga. Charter/domestic flights to Amboseli operate from Wilson Airport in Nairobi to some of the airfields serving the park, domestic/charter flights are provided by several airlines such as AirKenya, Safarilink, and Mombasa Air Safari.

Where to Stay in Amboseli National Park